Why Bankers Fidelity Medicare Supplement Plan G should be Your Preferred Choice?

Why Bankers Fidelity Medicare Supplement Plan G should be Your Preferred Choice?

Let’s look at the factors which make the combination of Supplement Plan G and Bankers Fidelity Life Insurance Company.

In the past, Supplement Plan F was most popular among insurance clients because of the extensive coverage it offered. One primary feature that distinguished this plan from others was coverage of Medicare Part B excess charges. In practice, this is the most unpredictable out-of-pocket health-related cost for retirees.

But recent developments in policies surround Medicare Supplement plans means that this most extensive supplement plan is only available for grab in 2019. Consequently, this plan will encounter rising premium costs in coming years because of the shrinking pool of younger, healthier policyholders. This plan, in turn, has lost its attraction among clients in favor of Medicare Supplement Plan G.

Plan G is the only other supplement plan which protects clients against unpredictable costs of Part B excess charges. Plus, there is only one difference in supplement plan F and G and that is that the latter does not cover costs of Medicare Part B deductible.

After Supplement Plan F, Plan G is the most extensive choice for people who wish to cover the most unpredictable costs.

The second component that makes Bankers Fidelity Plan G a lucrative choice is the authenticity attached with the company itself. The company attracts positive customer reviews as well as healthy ratings from credit rating agencies.

Let’s see the three factors which contribute to the attractiveness of the company’s policies.

Although the company does not cover all the Medicare Supplement Plans, the three which it offers are most sought after among customers. Currently, it offers Supplement Plans F, G, and N. From 2020 onwards, the company may bring a change in its supplement plans offerings after excluding Plan F from the count.

In addition to Medigap Plans, the company also offers other insurance products including Life insurance and health insurance.

The company attracts 5-star ratings from most of its customers because of its outstanding services. The consumer service review site Yelp! claims that the company attracts negative feedback from the customers. However, it should be noted that this rating is based on a single review from a customer. At the same time, BBB has issued an outstanding A+ rating for Bankers Fidelity.

Bankers Fidelity’s biggest strength lies in its sound financial position. It received a rating of B++ from A.M. Best Rating agency because of its sounds financial decisions and impeccable history. This rating increases clients’ confidence in the sustainability of the company in the near future.

Considering the inclusive range of product offered by the company combined with its attractive customer services and standard financial performance, the company offers the best packages for the insurance needs of its clients. 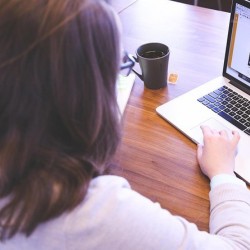